First chance I've had to get out since we got back from Italy to give the converted K7 a real test. So took myself down to the center of town to where a good proportion of the iconic views and sights are clustered to see what slant an IR filter gives. 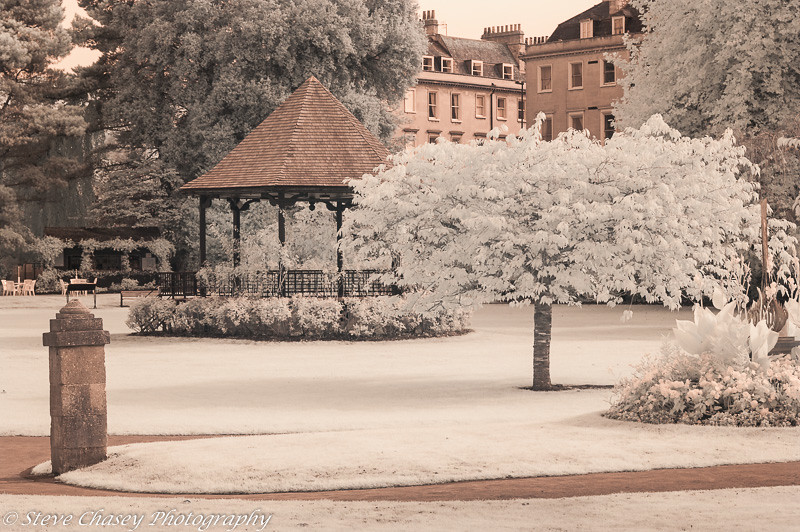 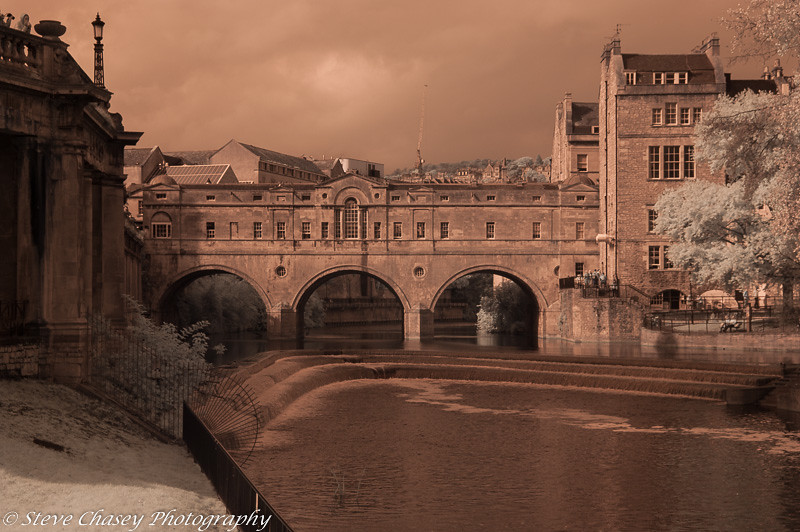 Took a couple of dozen in this short walk around and learnt a few lessons. First, you can't use AWB - that favourite choice just gives you a collection of red tinted images with a colour temperature of 5300. So it's got to be 'daylight' (which is where ACS had left the settings until I changed it mid shoot) which gives a colour temp of 2300 and a tint setting of -62. You need to find some visas with some foliage to give the greyish tones to complement the sepia that hard surfaces/stone generates - buildings alone aren't very interesting.

More to follow from the session and no doubt, other trips with the K7 along side the usual K5II or K3 teams. 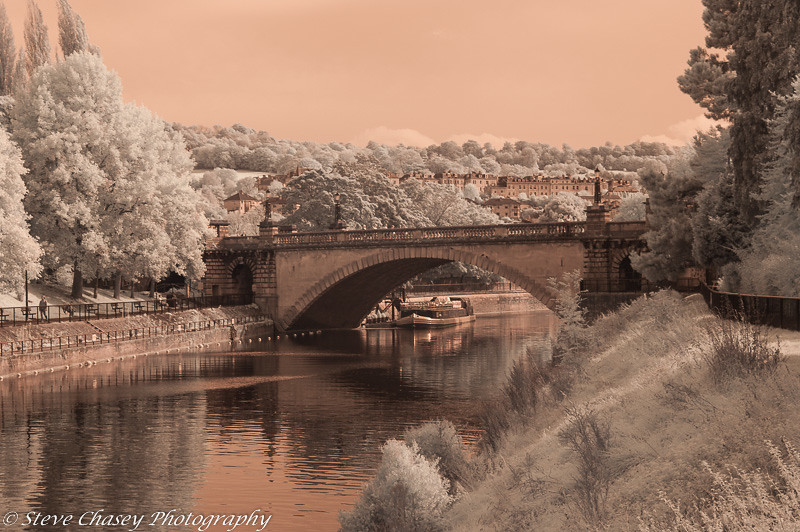 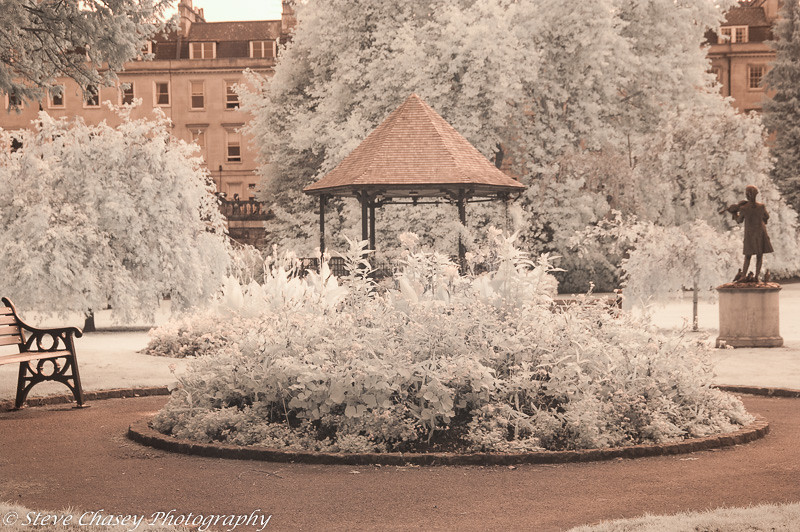 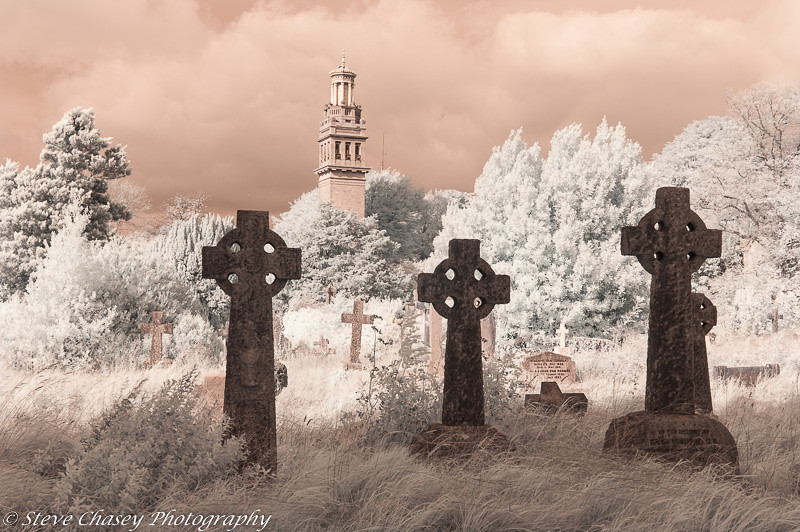 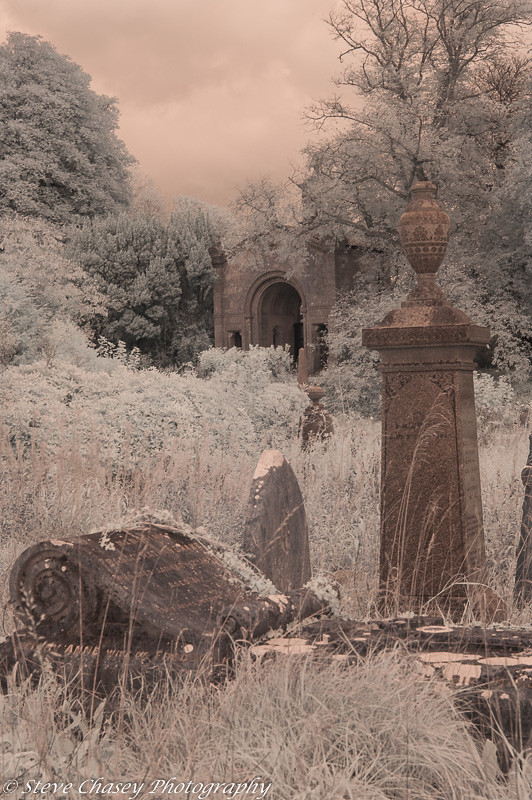 
Yesterday's shots all came out at the wrong colour temp, so had to be corrected in LR to replace the red colour cast. White balance was 'daylight', so may be an import issue with the software I use to rename my images to the format I use.

Thanks Charlotte. Think I'm getting to see what will work and what won't quite 'cut the mustard' (though still interesting as an alternative perspective). Plan to give another of Bath's old burial grounds a visit but as this is maintained better than Lansdown, not sure I'll get the same sort of shot. Have to see.

It's always fun trying something new isn't it.

I like the ethereal feel of this type of photography, which only seems to work properly with cameras that have been specifically converted - pp doesn't seem to give the same sort of feel imho.

Graveyards always seem to work well - but I think bleak landscapes could do the job too especially if it's misty.

Graveyards over here are all concreted and kept nice and clean so I miss out on being able to take photos of unkept graves and graveyards.

Hopefully I'll be well enough to get out and about with the camera soon - I haven't used it properly since before Christmas last year, hopefully it still works.

Not spent any time in French graveyards, but Italian and Greek ones have some quite spectacular mausoleums in amoungst the more modest graves. These all work well in mono - film preferably as it seems to had something just a bit special - if you can get the timing right and find the best angles.

A specialist filter - similar to the 720mn one built into the converted K7 ought to work but it will make composition at bit harder as you'll be seeing things with limited illumination due to the effect of cutting out most of the visible spectrum. With the converted body, I have the full visible spectrum visible to use to select and frame the shot.

Well, I finally got out again with the converted K7 (and the newly acquired K1 & HD D-FA 24-70mm) and visited the other burial ground in Bath that's good for photography. It's not an easy place to shoot as its on the south side of a valley that runs North East to South West and in the lee of woods on the upper slopes. Thus Bathwick St Mary's Smallcombe burial ground is a bit of a frost trap..... 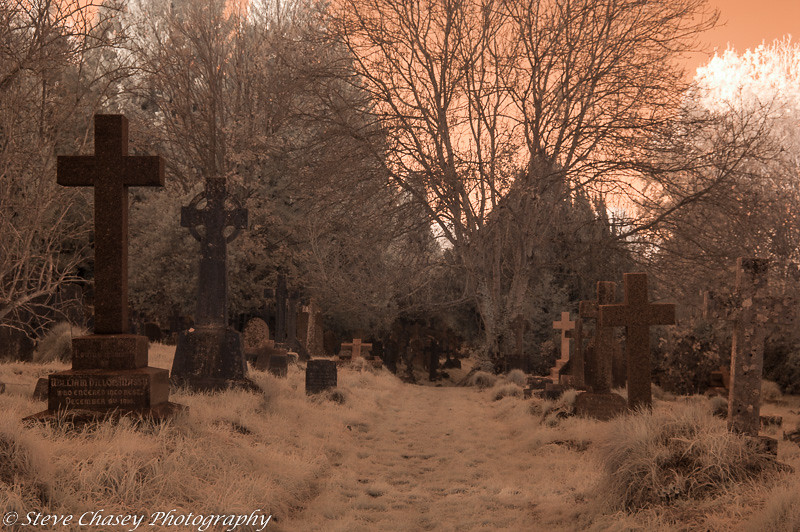 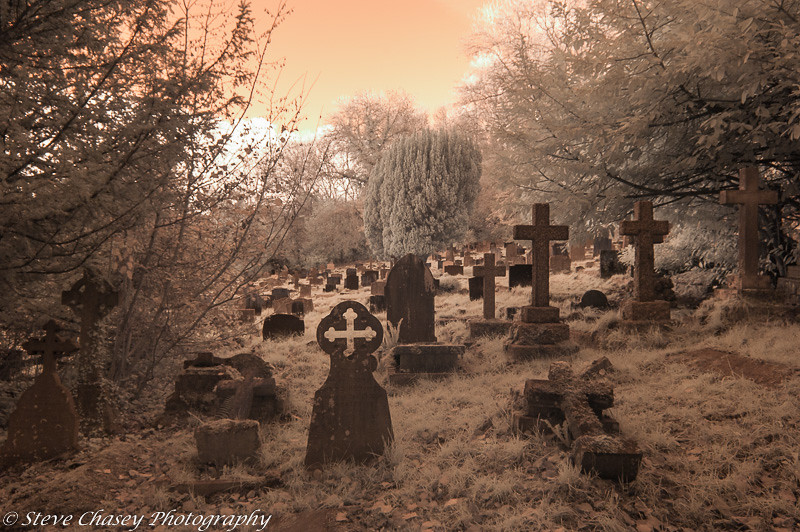 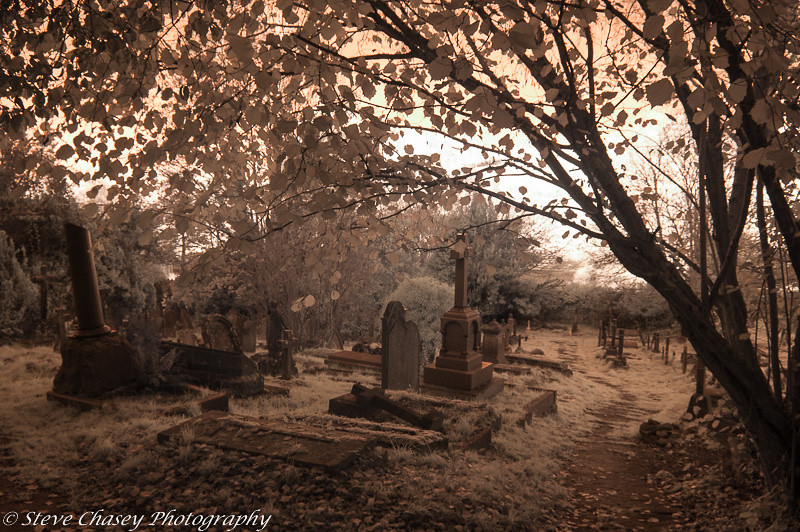 Ground frost doesn't show up in infra red. So here's one with the K1 and equivalent FF lens to the DA* 16-50mm that was on the K7 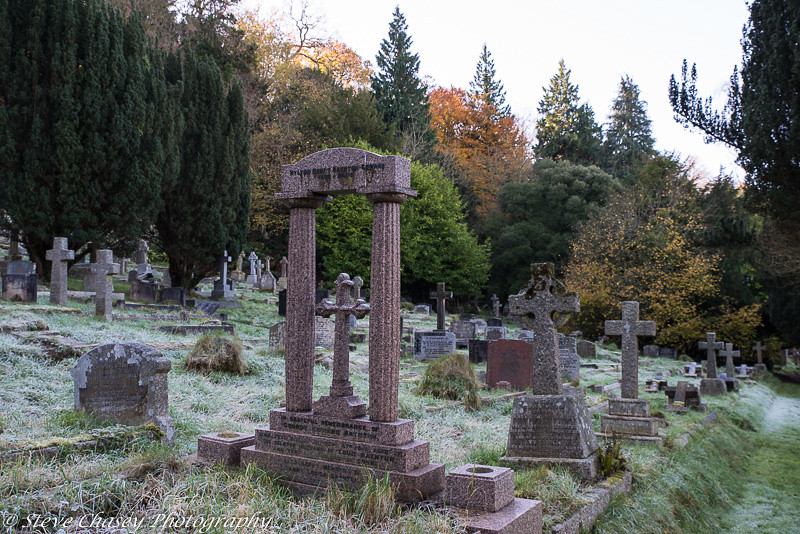 It was a good trip and I stopped nearby to see what was going on on the Kennet & Avon Canal. With hardly any wind, there were some lovely reflection - plus as is always the case when you have a short zoom mounted, a Heron fishing on the far side of one of the wider inter lock pools and enjoying it's catch.

Took the K7 out yesterday with an LX and my K1 to shoot a few more churches in the Bath area and then to loop back to pick up the end of the Somerset Coal Canal where it joined the Kennet & Avon. The roll of film going into Boots for processing this morning (used an old roll of Neopan 400CN) but thought might worth sharing the first images I've looked at from the K7. The church is St Swithun's at Bathford. Almost certainly the site of a Saxon church, the current building is essentially a Victorian rebuild/extension, so not much architectural heritage left to look at. 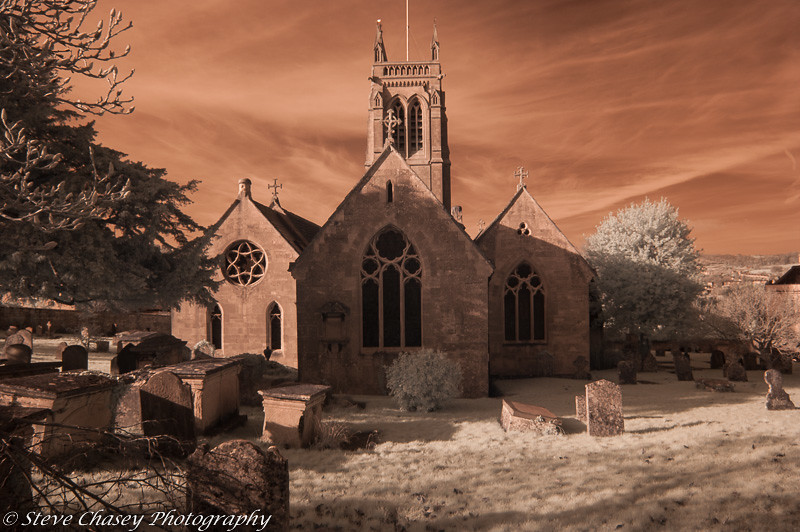 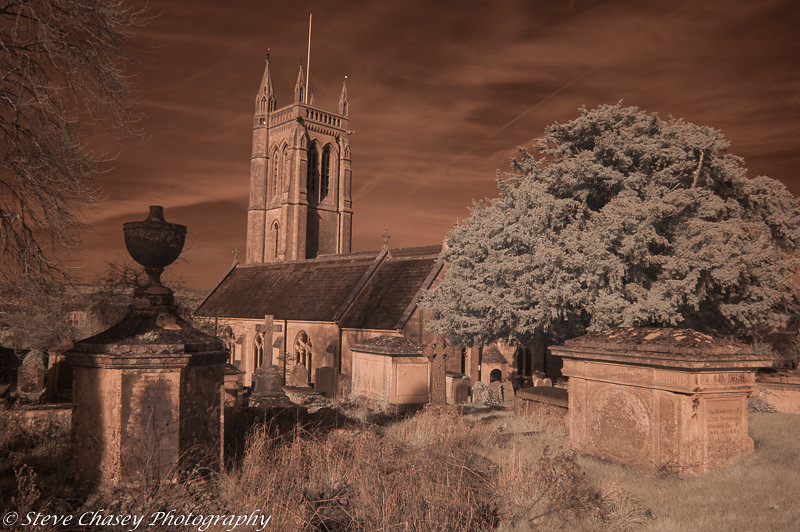 Bird - benchmark. Todays practice
Photo Blogs Articles
Back to top Back to main Back to content pentaxslr Non-Human Visitor Terms and Conditions of Use